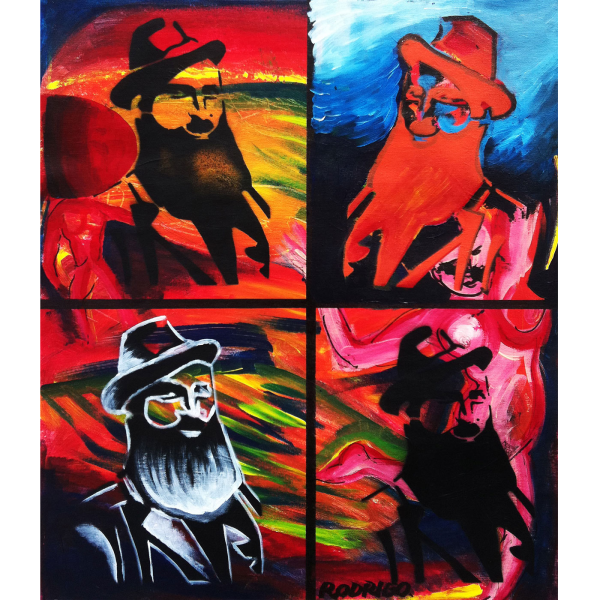 This is a piece inspired by the Briganti of the south of Italy, specifically in Carmine Crocco from the end of the 19th century who was a sort of rebel/guerrillero from the Basilicata. He represents a sort of stance of resistance against the northern annexation of the reign of the two Sicily by the Piemontese. I made a stencil of it I used in this unique piece that I made in a very spontaneous manner (recycling a study) mixed with the popish repetitions to enhance the contrast. 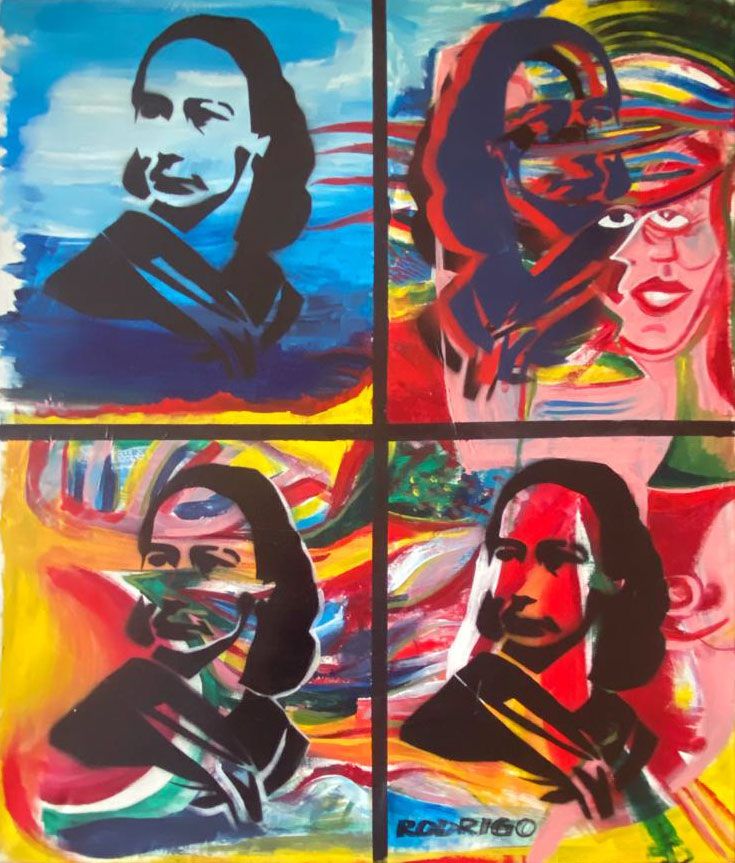